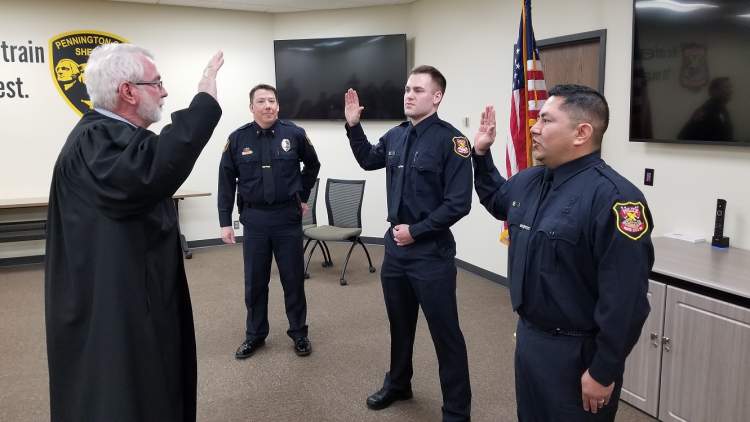 Two new officer-recruits have begun their training with the Rapid City Police Department. The new officers were officially sworn in this afternoon of February 5th.

The two new officers are:

Officers Delfs and Romero have been brought on to the RCPD through the agency’s recently implemented certified officer hiring program. Since they are already certified law enforcement officers, the time from hire to an assignment on patrol is significantly reduced. These officers will spend the next five weeks participating in in-house pre-service training at the RCPD. From there, the officers will then be required to complete the RCPD’s Police Officer Field Training Program before receiving a permanent shift assignment for the remainder of their 18-month probationary period.

Tweet
More in this category: « Rapid City police investigating the unattended deaths of two individuals RCPD names its 2017 Officer of the Year »
back to top