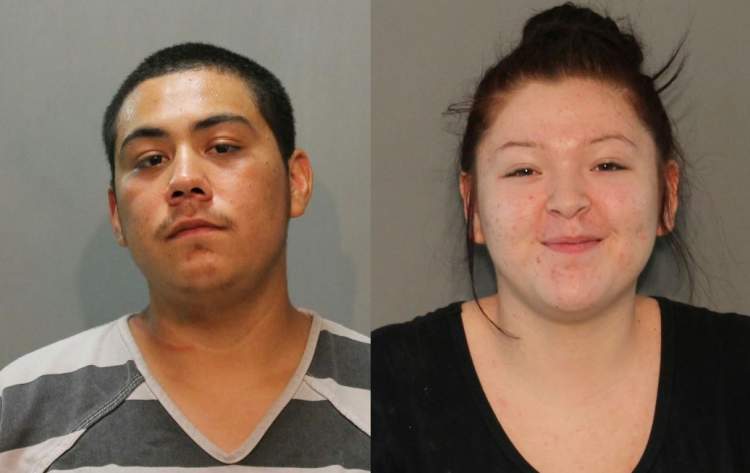 Rapid City police are now investigating a homicide that started out as a shooting incident in the 600 block of East Boulevard North.

At around 2:10 p.m. on October 4th, police responded to a residence in the 600 block of East Boulevard North for a report of an individual with a gunshot wound. On arrival, medical units administered emergency first aid to the male victim before he was transported to Rapid City Regional Hospital for the treatment of serious injuries.

He died of his injuries in the evening hours of October 4th. The victim’s identification is being withheld until proper notification of next-of-kin can take place.

Rapid City police are now looking for two individuals wanted for questioning in relation to the shooting incident. They are identified as 21-year-old Maricelo Garcia and 19-year-old Cierra Walks, both of Rapid City.

They may be associated with an early 2000s white Oldsmobile Bravada. Police believe the vehicle may still have temporary paper dealer license plates.

***Find attached booking photos of Garcia and Walks, as well as pictures of the Oldsmobile Bravada.

These two may be armed and the public should not approach them. Anyone with any information about their whereabouts should call police at 605-394-4131. They can also send an anonymous tip by texting ‘RCPD’ and the information to 847411.