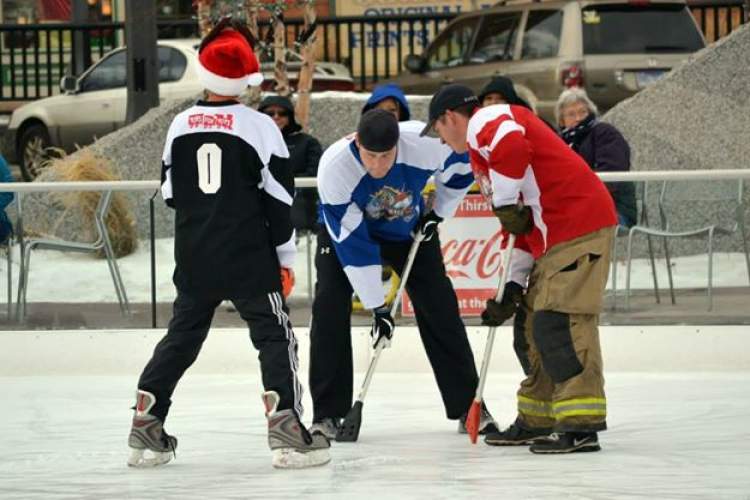 While the broomball match serves as a friendly competition between Rapid City’s first responders, the real goal of the game is to raise monetary and toy donations for children enrolled in Youth & Family Services’ programs. Everyone is invited to help out the cause by contributing a monetary or new-toy donation. A collection site will be available to do so for the duration of the event at Main Street Square.

The public is also invited to join in on the fun during that evening’s Rush Hockey game kicking off at 7:05 p.m. Since the team’s inception as a franchise in Rapid City, the Rapid City Rush has hosted the annual ‘Teddy Bear Toss.’ Those in attendance of the December 3rd Rush game can bring a new stuffed animal to donate to YFS. Immediately following the Rush’s first score of the game, fans are encouraged to toss their stuffed animal onto the ice.

In the nearly nine years of the ‘Teddy Bear Toss,’ Rush officials estimate that around 30,000 stuffed animals have been collected for local children.