RCPD names its 2017 Officer of the Year 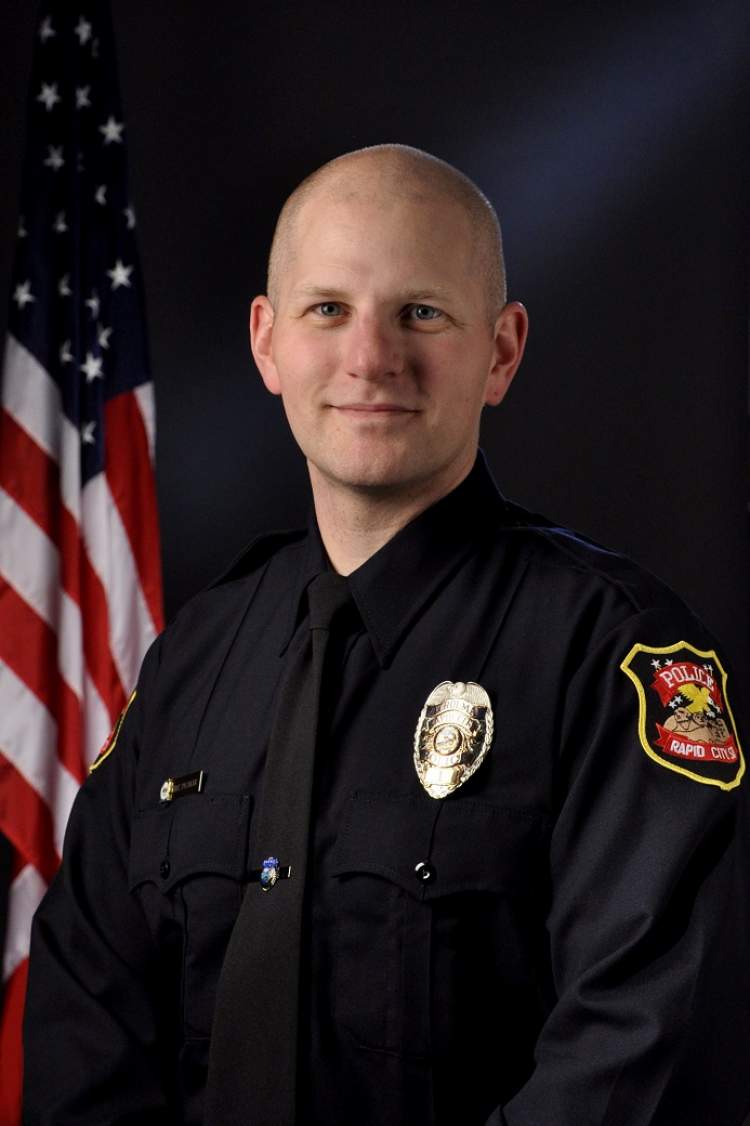 RCPD Chief of Police Karl Jegeris is pleased to announce that Officer Eric Pichler has been named RCPD’s 2017 Officer of the Year. The designation is a new title announced at the RCPD Awards Ceremony, observed this year on February 14th.

“All personnel of the Rapid City Police Department are guided by the agency’s three core values: Community, Service, and Integrity,” says Chief Jegeris. “Over the course of 2017, Officer Eric Pichler far exceeded expectations by participating in a number of projects that exemplify each of these core values. He was an easy choice to receive the designation of Officer of the Year.”

Command Staff of the RCPD have taken note of the enthusiastic attitude that Officer Pichler brings to his work as a police officer. In 2017, Officer Pichler recognized a need for additional education for students and parents of Pinedale Elementary regarding crosswalks around the school. He led an effort to design and distribute safety education materials to students at the school.

“Officer Pichler may be best known in the public eye for his weekly ‘Sunday Sunrise’ photos showcased on the RCPD’s social media pages,” says RCPD Community Relations Specialist Brendyn Medina. “In a day and age when police-work is highly critiqued, it’s essential that the public understand police officers are real people. His artful work goes a long way to humanize the badge and promote a positive relationship with the community we serve.”

Officer Pichler began his career with the RCPD in October of 2015. He’s currently assigned as a patrol officer in the RCPD’s Patrol Division. He is also a member of the RCPD’s Honor Guard.