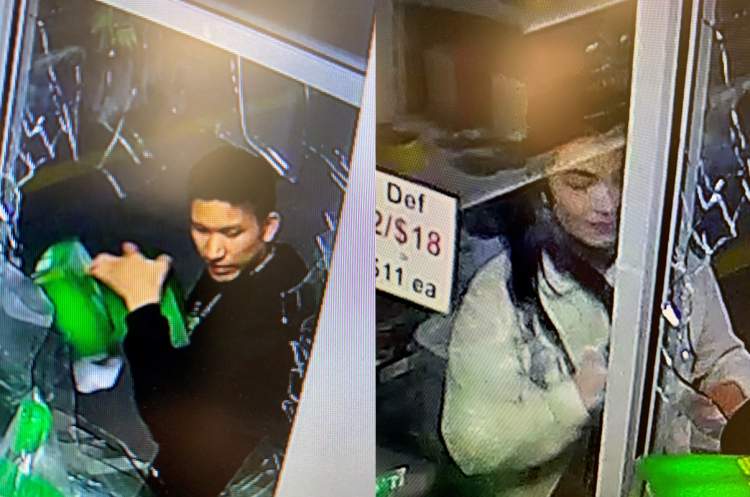 The Rapid City Police Department continues to investigate a total of five business break-ins taking place throughout the early morning hours of April 19th. Police are turning to the public’s help for identifying the suspects responsible for a burglary/theft at 3851 Eglin Street.

Police were called to the address at around 5:15 a.m. on April 19th for a report of a belated burglary. On arrival, police observed that one of the business’s windows had been broken out. Police reviewed surveillance footage which showed a male suspect throw a rock through the window. He is seen grabbing several bottles of liquor before handing them to a female. The two suspects then flee to a nearby vehicle.

The male suspect is described as Native American, in his early 20’s, with short black hair, wearing a black sweatshirt and a gold necklace.

The female is described as Native American in her late teens to early 20s, with long black hair, and a large white jacket.

The suspect vehicle appears to be a mid-2000s Chevrolet Trailblazer, dark in color.

Anyone with any information about this incident or the identity of the suspects should contact Det. Andrew Kimbell at 394-4134. An anonymous tip can also be sent by texting the letters ‘RCPD’ and the information to 847411.