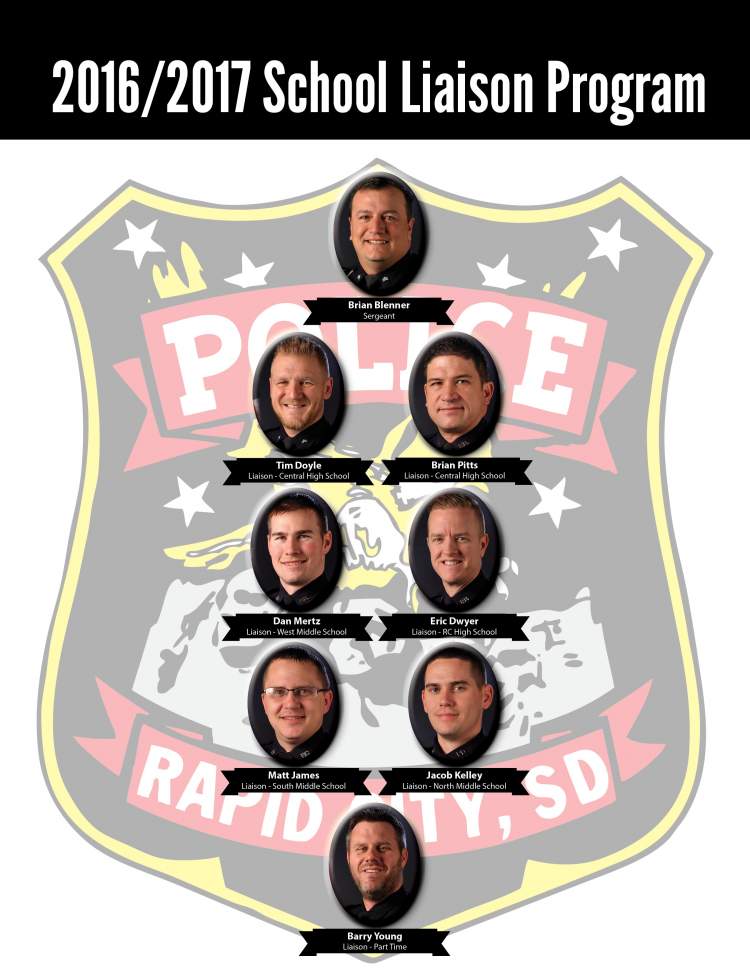 In time for the 2016/2017 school year, the Rapid City Police Department is announcing an adjusted command structure for the department’s School Liaison Program. The RCPD’s seven SLOs will now report to a single Sergeant who oversees the program. Sgt. Brian Benner has been assigned to command the program. The SLO Program has also been reassigned as a function of the RCPD’s Patrol Division. Previously, it was a function of the Criminal Investigation Division.

School Liaison Officers provide a variety of roles within the Rapid City Area School District, to include the investigation of criminal matters within the school district, providing a law enforcement presence within Rapid City schools in order to facilitate positive interaction between students and police officers, and to provide an opportunity for officers to better understand problems affecting the youth in our community.

The Rapid City Police Department would also like to announce the addition of several new School Liaison Officers who will be assigned to Rapid City Area School District in the coming school year. They are:

These four officers will join three other School Liaison officers already assigned to the following locations:

“By restructuring the School Liaison Program, we feel we will better be able to meet the needs of a growing school district,” said Captain Dan Rud, Commander of the RCPD’s Patrol Division. “To be assigned as a School Liaison Officer, candidates must show a deep compassion and capacity to working with local youth. I know these officers all exhibit those qualities and I am confident they will do an excellent job in their new assignments.”