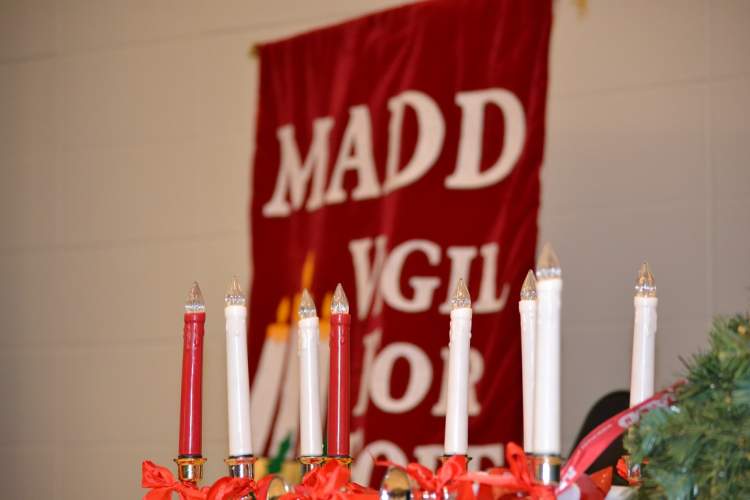 Mothers Against Drunk Driving will be honoring the lives of victims killed in alcohol-related crashes during the organization’s annual Candlelight Vigil. The ceremony is scheduled for Thursday, December 8th at 4:00 p.m. in the Western Dakota Tech Community Room.

The event is centered around paying tribute to the victims of impaired driving and the families affected by this extremely dangerous behavior. Proclamations will be issued from the state, county, and municipal levels declaring December as ‘Impaired Driving Awareness Month.’ Additionally, Rapid City Chief of Police Karl Jegeris will be the featured speaker at the event.

Individual local first-responders from the following agencies will be recognized at the ceremony for their dedication to keeping impaired drivers off of our roads:

“Members of the Rapid City Police Department are committed to holding impaired drivers accountable for their dangerous actions,” says Sgt. Wayne Asscherick of the RCPD. “We’re extremely thankful to have an organization such as MADD which serves as an advocate for the victims of impaired driving. They do a lot of great work to make our area the safest place it can be.”

In 2015, impaired driving resulted in 721 injuries and 48 fatalities on South Dakota roads. It’s important to always plan ahead and secure a sober ride if you choose to celebrate the holidays with alcohol.