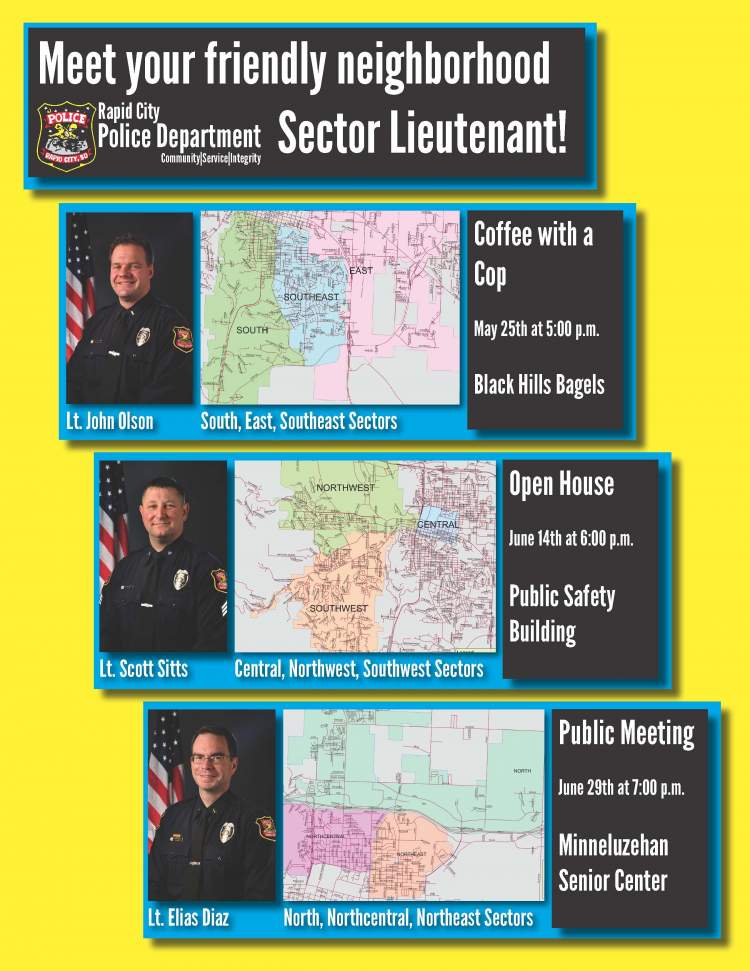 The Rapid City Police Department is hosting a series of public engagement events aimed at bolstering interaction between Rapid City residents and their respective Sector Lieutenants.

The first meeting is scheduled for 5:00 p.m. on Thursday, May 25th at Black Hills Bagels.

The May 25th ‘Coffee with a Cop’ event will be hosted by RCPD South Sector Lieutenant John Olson. Residents from Rapid City’s South, East, and Southeast Sectors (see included sector map) are welcomed to attend. Lt. Olson will be giving a short crime prevention presentation and will be on hand to answer questions or offer advice on neighborhood issues.

“Sector policing has proven to be incredibly successful in Rapid City,” says Captain Dan Rud, commander of the RCPD’s patrol division. “Assigning officers to these sectors on a regular basis allows them to better understand the specific public safety needs of that sector. It also allows them to build positive relationships with the neighborhoods within that sector, resulting in an increased level of collaboration with police as we work to make Rapid City the safest city it can be.”

Tweet
More in this category: « Police work to ensure safety during International Collegiate Programming Contest in Rapid City Rapid City residents urged to secure their firearms/valuables after recent vehicle burglaries »
back to top