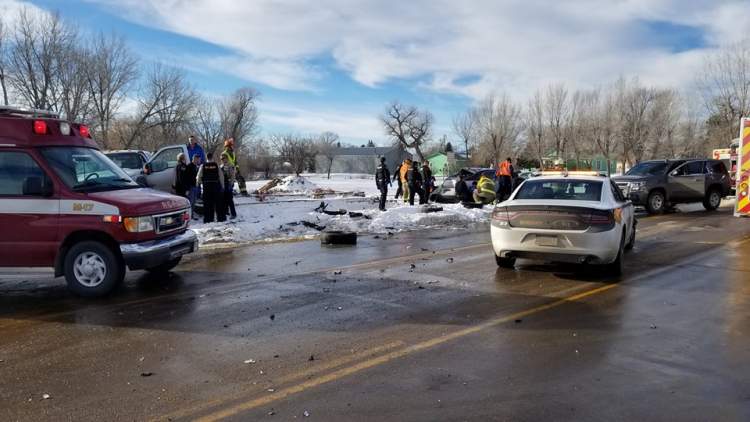 Four occupants of the suspect vehicle, and one occupant of the pickup truck were transported from the scene for treatment of injuries sustained in the crash, some critical at the time of this release.

“This is a very serious crash that warrants a high level of detail in the ensuing investigation,” says Captain James Johns, Commander of the RCPD’s Patrol Division. “The RCPD’s Critical Accident Reconstruction Team is a highly skilled group of crash reconstructionists, but the seriousness of this crash means it going to take time to properly investigate.”