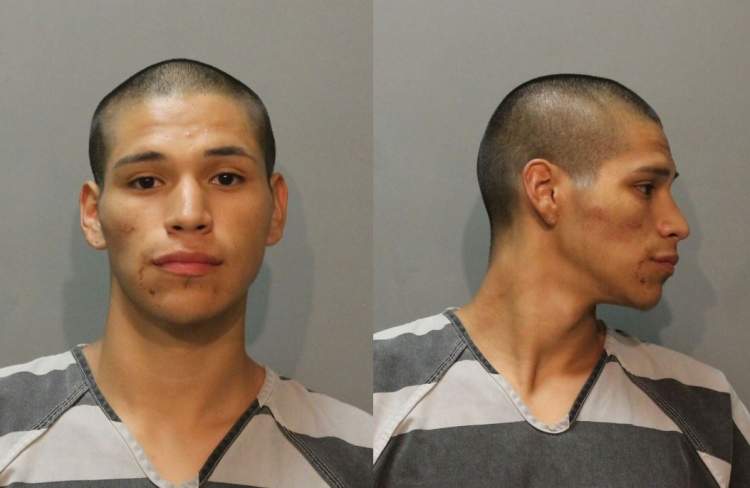 A $2,000 reward still exists for information leading to the arrest of dangerous warrant subject, 23-year-old Saul Crowe of Rapid City. He may also be identifying himself by his alias, Saul McCloskey. He’s wanted by both local and federal authorities on several firearm-related incidents.

Additionally, Crowe is also wanted for questioning by police about his potential involvement in a recent shooting which took place in the evening hours of October 25th. Police responded to 1720 N. 7th Street for a report of gunshots heard outside of the building. Police located several bullet holes on the outside of an apartment at the address, but no victims. A short time later, police were called to 100 Stumer Road for a report of a male with a gunshot wound. Police made contact with the male and he was transported to the hospital with serious, non-life-threatening injuries. Detectives would like to speak to Crowe about the incident.

“Crowe’s criminal history shows a pattern of dangerous behaviors,” says Captain James Johns of the RCPD’s Patrol Division. “The most concerning element of those behaviors is that he commits crimes with firearms. He should be considered armed and especially dangerous. That’s what makes him Rapid City’s most wanted fugitive, and it’s in the community’s best interest to get him off the streets.”

$2,000 from the Community Reward Fund still exists to be paid out for information that leads directly to Crowe’s apprehension. The RCPD continues to receive public tips about his whereabouts.

“We’re very fortunate to work for a community so interested in helping us do our jobs,” says Captain John Olson of the RCPD’s Criminal Investigation Division. “We’ve received a good number of tips from the public. We believe Crowe is still active in the Rapid City area and we want to encourage the public to keep sending us their information regarding Crowe’s whereabouts.”

Anyone with information about his whereabouts should contact Det. Ryan Gebhard at 394-4134 during normal business hours. After hours, information requiring a timely police response can be shared by calling the RCPD’s non-emergency dispatch line at 394-4131. An anonymous tip can also be sent by texting ‘RCPD’ and the information to 847411.