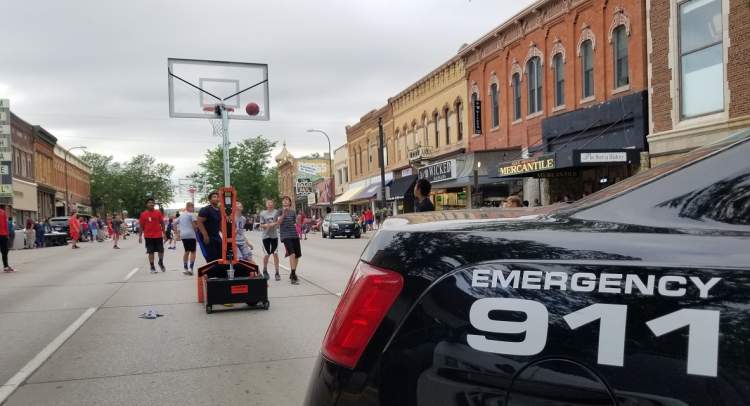 The Rapid City Police Activities League has received a generous grant of $2,000 from the Shakopee Mdewakanton Sioux Community in order to continue its successful ‘Night Court’ youth basketball program.

The RC PAL intends to use the grant help fund the purchase of a trailer for the storage and transport of the program’s basketball equipment.

“The community response to help us with this youth basketball program has been overwhelming,” says RCPD Juvenile Operations Lieutenant Brian Blenner. “The Rapid City PAL has partnered with Rapid City Collective Impact in order to provide a positive resource for middle school aged kids in our community. It was through that partnership with RCCI that this grant was found and obtained.”

“The Shakopee Mdewakanton Sioux Community is a federally recognized, sovereign Indian Tribe located southwest of Minneapolis/St. Paul. With a focus on being a good neighbor, good steward of the earth, and good employer, the SMSC is committed to charitable donations, community partnerships, a healthy environment, and a string economy. The SMSC and the SMSC Gaming Enterprise (Mystic Lake Casino Hotel and Little Six Casino) are the largest employer in Scott County, MN. Out of a Dakota tradition to help others, the SMSC has donated nearly $300 million to organizations and causes since opening the gaming enterprise in the 1990s, and has contributed millions more to regional governments and infrastructure such as roads, water and sewer systems, and emergency services.”

Tweet
More in this category: « Rapid City police observe reduction in DUI arrests during the first half of 2018 Police investigating string of vandalism to vehicles, residences »
back to top