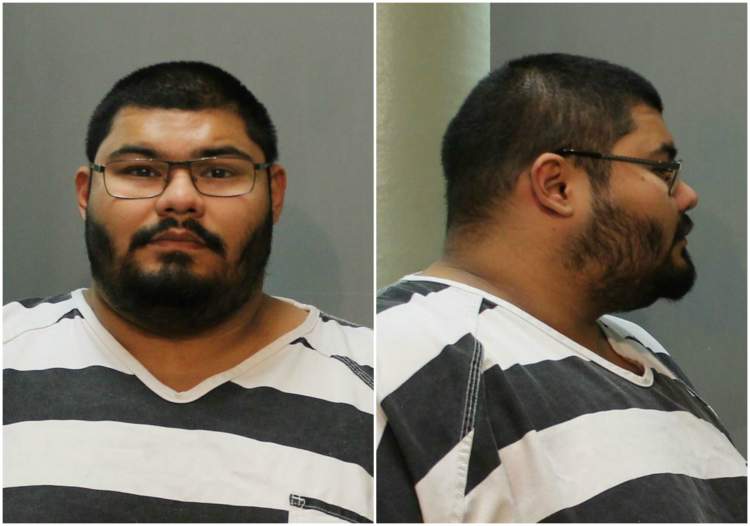 28-year-old Carlos Guerrero of Rapid City has been arrested for the offences of conspiracy and grand theft in relation to two December 2017 casino robberies.

On December 7th at around 2:05 a.m., Rapid City police responded to a report of a robbery that had just occurred at 1415 N. Lacrosse Street. Police made contact with Guerrero, an employee of the casino. Police determined that a suspect had entered the casino, brandished a knife at Guerrero, and demanded money. Guerrero complied and the suspect made off with an undisclosed amount of money.

Then on December 26th at around 11:10 p.m., police were called to 1415 N. Lacrosse street for a report of another robbery. Contact was made with Guerrero who told police he was in the back office with the safe open when two male suspects entered the casino. The suspects went to the back room, allegedly assaulted Guerrero, and took money from the safe. They then fled the building with an undisclosed amount of cash.

Through the course of the investigation into these two robberies, it was determined that Guerrero had conspired with the robbery suspects in order to commit both robberies. On the afternoon of January 3rd, police made contact with Guerrero and placed him under arrest for two counts of Conspiracy to Commit Grand Theft, and one count of Grand Theft.

Police have identified the suspects in the December 26th robbery as juvenile acquaintances of Guerrero. Juvenile petitions, the mechanism by which juvenile offenders are charged with crimes, have been requested of the Pennington County State’s Attorney’s Office.

“Mr. Guerrero’s arrest comes as the result of many hours of diligent and professional police-work by many individuals throughout our agency,” says Captain John Olson, Commander of the RCPD’s Criminal Investigation Division. “It’s unfortunate that someone would go to great lengths in order to steal money from their employer. Mr. Guerrero’s actions have taken away valuable investigative resources as we work to solve legitimate robberies which have victimized our community.”

The investigations into these two robberies are still active and ongoing, and the RCPD is dedicated to identifying and locating the suspect from the December 7th robbery.

Tweet
More in this category: « RCPD to participate in holiday ‘Drive Sober or Get Pulled Over’ campaign RCPD awarded $750,000 grant to stand up ‘Quality of Life Unit’ »
back to top