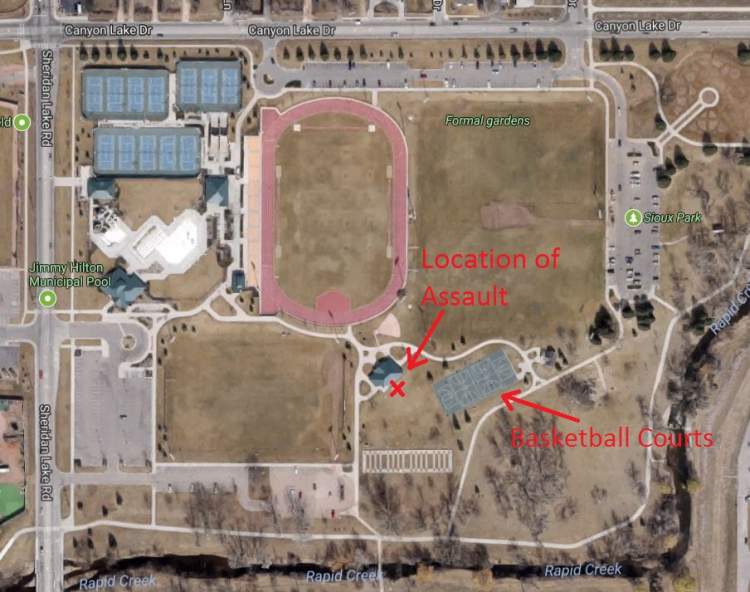 The RCPD and PCSO are currently reaching out to the public to help solve a recent aggravated assault which took place in Sioux Park.

At around 9:00 a.m. on Sunday, July 23rd, police responded to Sioux Park for a report of an assault which had just occurred. Further details of the assault are being withheld as law enforcement works to investigate the incident.

The assault took place near the southeast corner of the picnic shelter closest to the park’s basketball courts. This assault took place in a very public place in the broad daylight hours on Sunday morning. Authorities are hoping to get in contact with anyone who may have been in the area and witnessed the incident shortly before 9:00 a.m. on Sunday.

Anyone who believes they may have witnessed the incident should contact Detective Evan Harris at 605-394-4134. They may also send an anonymous tip by texting ‘RCPD’ and the information to 847411.