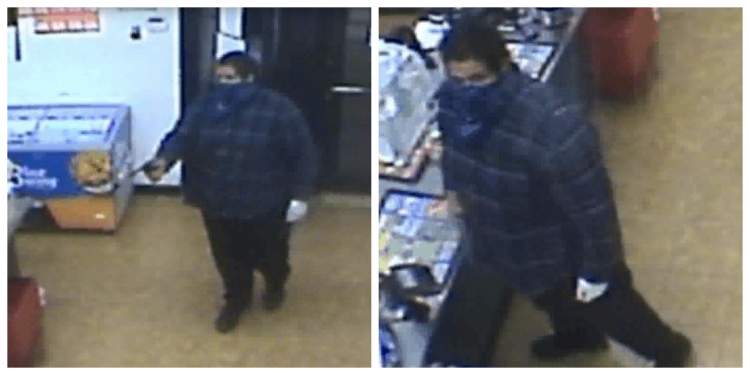 Rapid City police are soliciting help from the public in an effort to identify the suspect responsible for a November armed robbery of a Rapid City convenience store.

At around 1:10 a.m. on November 21st, police were dispatched to 3343 Haines Avenue for a report of an armed robbery that had just taken place. On arrival, police made contact with store employees. Witnesses told police that a male subject had entered the store brandishing a black revolver-style pistol. The suspect demanded money and cigarettes, while pointing the pistol at the employees. The suspect then left the store with an undisclosed amount of money and items. The suspect was last seen headed southwest from the store before getting into a blue or gray hatchback-style vehicle.

The suspect is described by witnesses as a heavyset Native American male standing approximately 6 feet tall with short black hair.

Anyone with any information on the identity of the suspect or about the incident is encouraged to contact Det. Dan Trainer at 394-4134. An anonymous tip can also be submitted by texting ‘RCPD’ and the information to 847411.