Police K9 recovering after being attacked during search 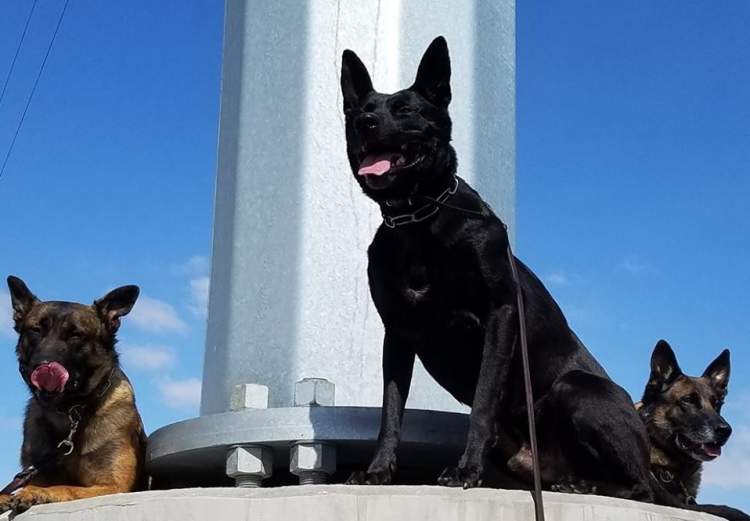 A police service dog of the Rapid City Police Department is recovering after being attacked by another dog during the search for a fleeing suspect.

At around 11:55 p.m. on July 22nd, police responded to the 500 block of Saint Cloud Street to assist the Pennington County Sheriff’s Office following a pursuit their agency had initiated. The suspect driver had abandoned the vehicle in this location, and a police K9 unit responded to assist in tracking the suspect.

As the officer/K9 team worked to track the suspect along a sidewalk in the area of 6th Street and Saint Cloud Street, an uninvolved pit bull ran at the police K9 from across the street and began attacking the police dog. In order to protect the police K9, himself, and other officer/bystanders in the area from the pit bull, the K9 officer fired his duty weapon at the pit bull until the threat was stopped.

"Situations like these are always a tragedy," says Lt. Scott Sitts of the RCPD's Patrol Division. "At the time of the attack, the dog posed an imminent threat to not only the police service K9, but to its handler and other officers and bystanders in the area. Given the threat posed by this out-of-control animal, the officer did what was necessary to mitigate further harm. The sympathies of the RCPD go out to the owner of the pit bull during this tragic time."

Tweet
More in this category: « 10 new officers welcomed to the Rapid City Police Department Rapid City police observe reduction in DUI arrests during the first half of 2018 »
back to top