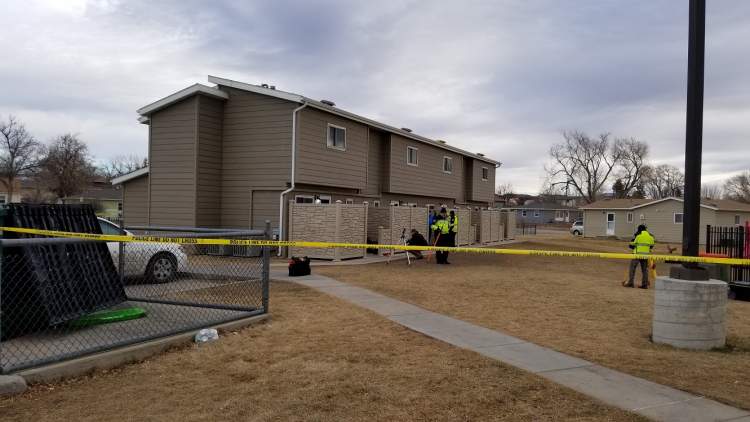 Rapid City police are currently investigating a homicide which took place in the early morning hours of January 26th.

At around 1:20 a.m., police were called to an apartment at 313 E. Adams Street for a report of a possible intoxicated subject seen laying on the ground behind the apartment building. On arrival, police quickly learned that the male subject in question had been the victim of an assault. A medical unit was called to the scene and police began investigating the assault. The victim was placed in an ambulance for transport to the hospital, but was declared deceased by medical personnel prior to the transport.

The victim in this case is identified as 27-year-old Nathaniel Tenfingers of Rapid City. In the preliminary stage of this investigation, his injuries appear consistent with blunt force trauma. An autopsy will be scheduled to determine his exact cause of death.

After speaking to witnesses on scene, police determined the assault suspect to be 27-year-old Joseph Dowty of Rapid City. As police worked this investigation throughout the morning hours of January 26th, Dowty was located at a residence in the 1500 block of Kellogg Place and placed under arrest at approximately 10:30 a.m. in connection with the death of Nathaniel Tenfingers.

This remains an open and active investigation and there is no ongoing threat to public safety.