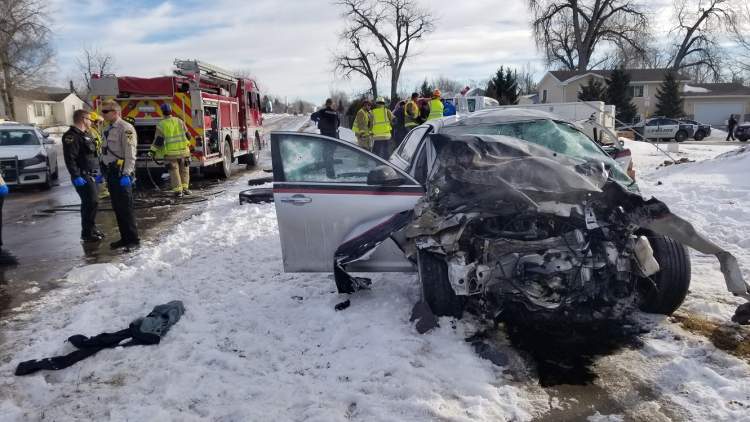 The Rapid City Police Department has arrested 20-year-old Elijah Wright of Rapid City for offenses related to the January 3rd crash that injured himself and four others at the intersection of Jolly Lane and Twilight Drive.

Wright has since been arrested for offenses that include DUI, four counts of Vehicular Battery, Aggravated Eluding, Reckless Driving and Speeding. He has been placed into the custody of the Pennington County Jail.

Four occupants of the suspect vehicle, including Wright, and one occupant of the pickup truck were transported from the scene for treatment of injuries sustained in the crash.

The investigation into the incident has turned up no evidence of drugs or weapons located in the vehicle.