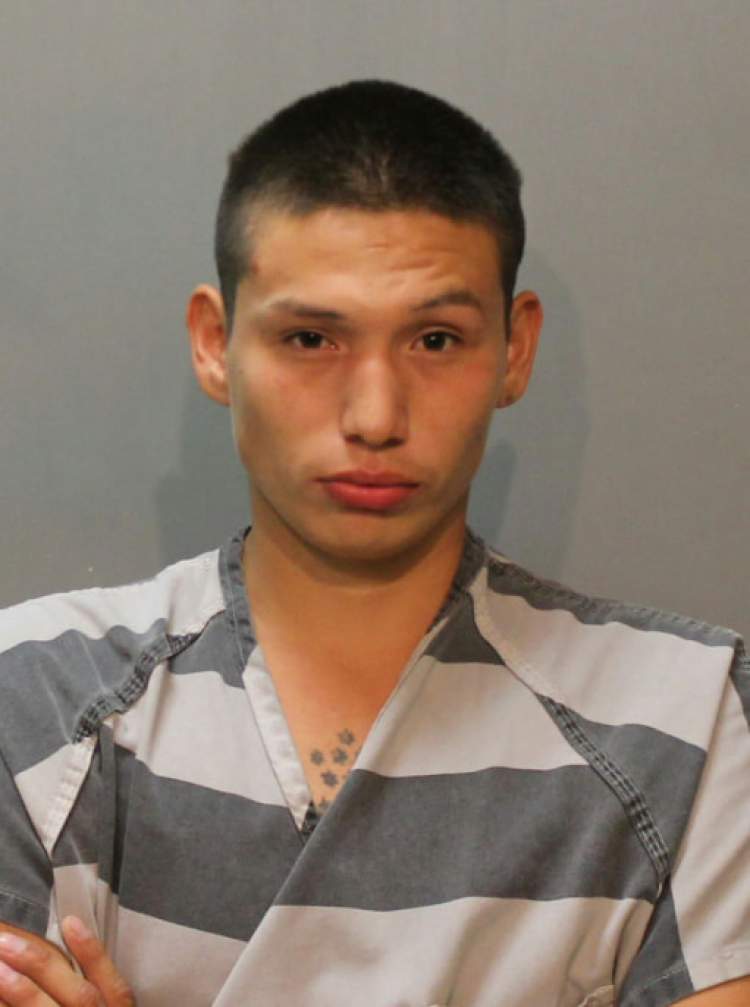 22-year-old Jamys Flying Horse has been taken into custody on an existing warrant for First Degree Murder, Attempted First Degree Murder, and Commission of a Felony with a Firearm. The warrant stems from a September 6th shooting in a residence in the 3400 block of Hemlock Street that took the life of one man and injured another.

At around 2:35 a.m. on September 16th, a deputy from the Pennington County Sheriff’s Office was patrolling in the area of E. Highway 44 and Elk Vale Road when he observed a passenger vehicle travelling eastbound on E. Highway 44 with no license plates. A traffic stop was conducted and as the vehicle came to a stop, the deputy observed two males exit the vehicle and flee the location on foot. The area was searched, but law enforcement did not locate the males.

The RCPD/PCSO Drone Team was called to the location to assist with the search of the area. The drone operators noted a heat signature coming from a creek behind the 3500 block of School Drive. Law enforcement converged on the area and located a male attempting to conceal himself in the creek. The male was detained and identified as 22-year-old Jamys Flying Horse. The second male was located a short time later and identified as a juvenile.

Flying Horse was placed under arrest for his warrant before being transported to the Pennington County Jail.

“This is another excellent example of the high level working relationship we enjoy with our fellow deputies and troopers of the PCSO and the South Dakota Highway Patrol,” says Captain John Olson, Commander of the RCPD’s Criminal Investigations Division. “That, in conjunction with the aerial perspective provided by the Drone Team, led to the safe and successful capture of this dangerous homicide suspect."

“We remain committed to fully investigating the city’s recent homicides,” says RCPD Chief of Police Don Hedrick. “We will not rest until justice is served for the victims and families affected by these violent crimes.”

Tweet
More in this category: « $5,000 reward offered toward apprehension of murder suspect Police investigate fatal crash as a vehicular homicide »
back to top