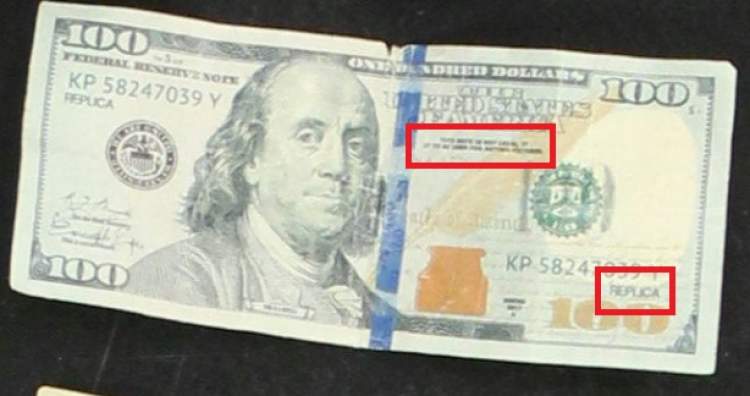 The Rapid City Police Department has been made aware of several different locations throughout Rapid City in which fraudulent $100 bills have been passed.

Local law enforcement has come into contact with the fake bills in at least five different instances. The fake money is created for use in movie productions. The bills can be identified by the word ‘REPLICA’ printed on them, and/or the phrase, “for motion picture use only.

Local businesses are advised to be aware of the fraudulent currency being circulated as real money and take steps to protect themselves. These steps include visual inspection of the bills, as well as using a counterfeit money detection pen to verify that the bills are real.

Anyone who may have been a recipient of this fake money is encouraged to report the incident to police at 394-4131.

Tweet
More in this category: « Two in custody following vehicle theft/confrontation RCPD & PCSO invite public to ‘get booked’ by local law enforcement »
back to top