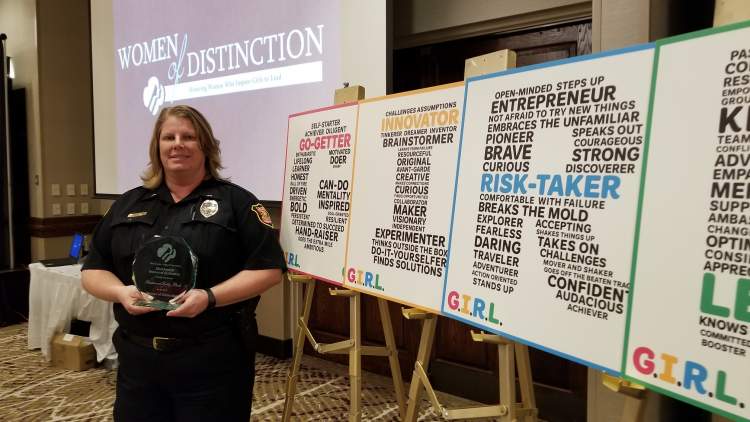 Lt. Bock started her career with the RCPD in 1997, and has served as a patrol officer, been assigned to the Unified Narcotics Enforcement Team as both a Detective and supervisor, and has also served as a Patrol Sergeant and the Special Operations Sergeant. She currently serves as the RCPD’s Special Operations Lieutenant, tasked with oversight of the RCPD’s special events, equipment, vehicle fleet, and other special projects.

“Lt. Bock has proved time and time again that she is a dedicated public servant to the citizens of Rapid City,” says Chief of Police Karl Jegeris. “Her rise through the ranks is, no doubt, thanks to her steadfast work ethic and compassion as a police officer. I am extremely proud to have her as an asset to the leadership team here at the RCPD.”

"Lt. Bock has provided 20 years of dedicated service to the citizens of Rapid City and she is an inspiration and a great role model and mentor for our community's youth,” says Rapid City Mayor Steve Allender. “She leads by example with tireless dedication to the protection and safety of the citizens of our community.  The Woman of Distinction Award is a fitting tribute to Cathy's service to community, her leadership and hard work."