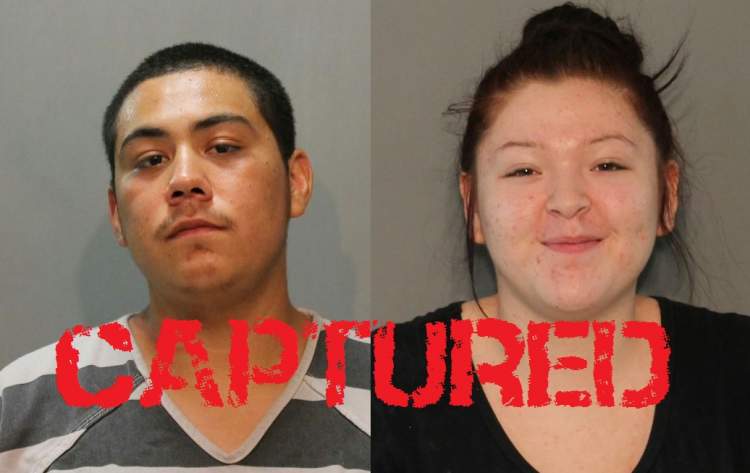 Two suspects involved in the October 4th shooting death of Clinton Farlee in the 600 block of East Boulevard North have been located on the Pine Ridge Indian Reservation.

Shortly after 4:00 p.m. on October 6th, Garcia and Walks were located hiding in the rugged terrain southeast of Porcupine. Deputies from the U.S. Marshals Service located the pair and arrested them on their felony warrants.

The RCPD would like to thank the U.S. Marshals Service, the FBI, the Pennington County Sheriff’s Office, the Oglala Sioux Tribe Department of Public Safety, the Bureau of Indian Affairs, the Black Hills Fugitive Task Force, and the Department of Homeland Security for their dedicated assistance in locating these two fugitives.

“This case should serve as a clear example the high level of inter-agency cooperation we employ in South Dakota,” says Captain John Olson, Commander of the RCPD’s Criminal Investigation Division. “And for anyone who chooses to flee from justice, know that we will not stop until you are found.”

Garcia and Walks will be placed into the custody of the Pennington County Jail as police continue to actively investigate this case.