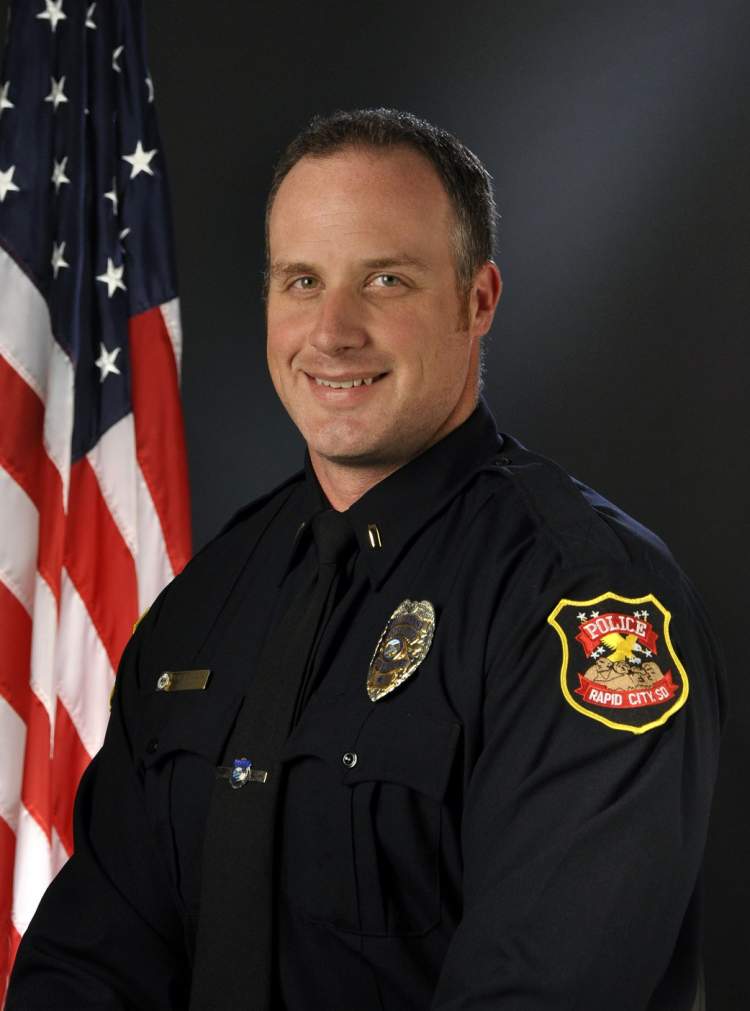 Effective immediately, Lieutenant Andrew Becker has been promoted to the rank of Captain. Captain Becker will command the RCPD’s Support Services Division, one of three primary divisions that make up the agency.

Captain Becker grew up in Rapid City and began his career with the RCPD in 2004 as a Patrol Officer. He was assigned as a Detective within the Unified Narcotic Enforcement Team for several years before his promotion to the rank of Sergeant in the Patrol Division in 2012. In 2014, he was re-assigned as the agency’s Training Administrator before his promotion to Sector Lieutenant in 2017. He has served as the RCPD’s Criminal Investigation Lieutenant since 2020.

Captain Becker currently serves as the Deputy Commander of the Rapid City/Pennington County Special Response Team, oversees the RCPD’s Honor Guard, is a member of the Pennington County DUI Court Team, and serves on the agency’s Peer Support Team. He has a Bachelor’s Degree in Criminal Justice and is working on his Master’s Degree in Administration.

“Captain Becker has tirelessly served the citizens of Rapid City in a wide variety of capacities in his distinguished career with the Rapid City Police Department,” says Chief of Police Don Hedrick. “It is clear he is the right candidate to take on this important leadership role within the agency.”

As commander of the Support Services Division, Captain Becker will be responsible for overseeing the agency’s records and technology, special operations/fleet, and hiring and training functions.

“I am humbled to be selected for this position and I’m excited to get to work serving in this new capacity,” says Captain Becker. “The citizens of Rapid City are very fortunate to be served by the dedicated professionals of the Support Services Division, and I’m looking forward to being a member of this incredible team within the Rapid City Police Department.”