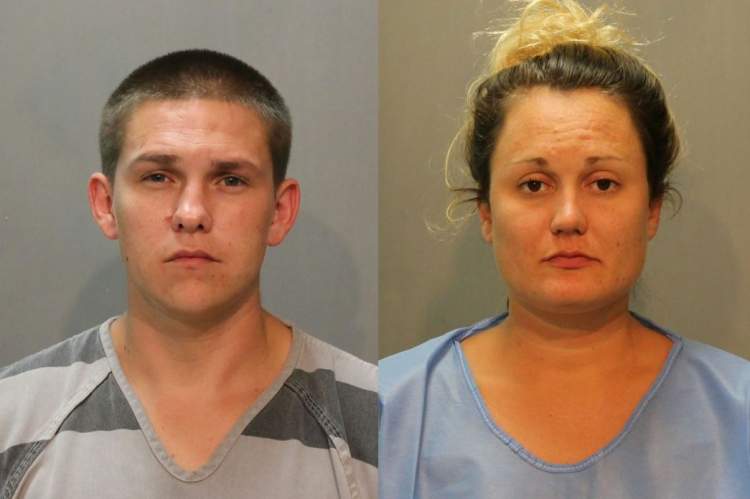 The suspect in the September 13th armed robbery at 909 E. Saint Patrick Street in Rapid City has been apprehended.  Nick Perry was arrested in the morning hours of September 15th at a residence along Meadow Road in Box Elder.

The Pennington County Sheriff’s Warrants Division arrested Nick Perry (age 29 of Rapid City) without incident, with backup from sheriff deputies and the Box Elder Police Department. Nick Perry was found hiding under a bed in the residence.

Additionally, Sara Perry (27 of Rapid City) was also taken into custody at the residence.

Both Nick and Sara were taken into custody for active warrants. The warrants were issued after each failed to comply with bond conditions related to previous drug arrests. Additional charges related to the robbery are pending.

The Pennington County Sheriff’s Office and the Rapid City Police Department continue to investigate the case.

* The charges are merely accusations and the arrested individuals are presumed innocent until proven guilty.  Any additional details regarding this case can be obtained from the Pennington County State’s Attorney and/or court records as appropriate.