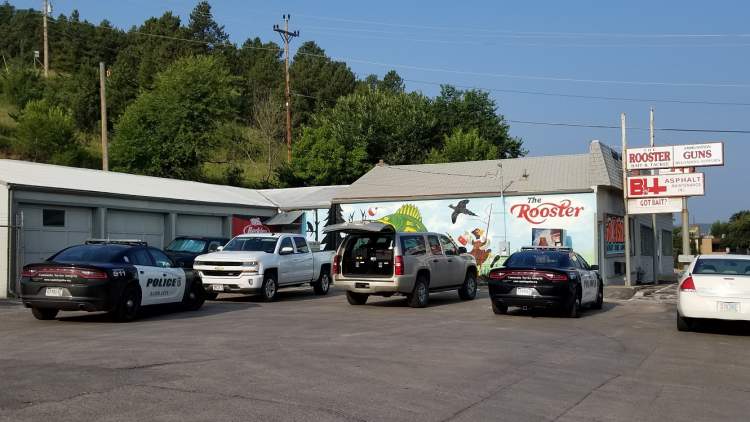 The Bureau of Alcohol, Tobacco, Firearms and Explosives (ATF) in conjunction with the Rapid City Police Department and the National Shooting Sports Foundation (NSSF), the trade association for the firearms industry, announce a reward of up to $10,000 for information related to this morning’s burglary of The Rooster sporting goods store in Rapid City, South Dakota.

Investigators are looking into a burglary that occurred in the early morning hours today, Aug 22. Suspects broke into The Rooster sporting goods store located at 1441 W. Main St., and stole between 20-30 firearms. ATF and Rapid City Police are looking for any information that leads to the recovery of the stolen firearms or to the arrest of those involved.

ATF is offering a reward in the amount of up to $5,000, which will be matched by the NSSF for a total reward of up to $10,000.  This reward is part of a larger national cooperative initiative between the NSSF and ATF in which NSSF matches ATF’s reward in cases involving the theft of firearms from federally licensed firearms retailers.  ATF works closely with members of the firearm industry to curb the criminal acquisition and misuse of firearms.

Anyone with information about this crime can submit an anonymous tip by texting the letters 'RCPD' and relevant information to 847411 or contact Det. Michael Shyne at Rapid City Police Dept. at (605) 394-4134. Information can also be sent anonymously to ATF via the mobile Reportit app, which is available on Google Play and the Apple App Store, or by visiting www.reportit.com.

ATF is the lead federal law enforcement agency with jurisdiction involving firearms and violent crimes, and regulates the firearm industry.  More information about ATF and its programs is available at www.atf.gov.