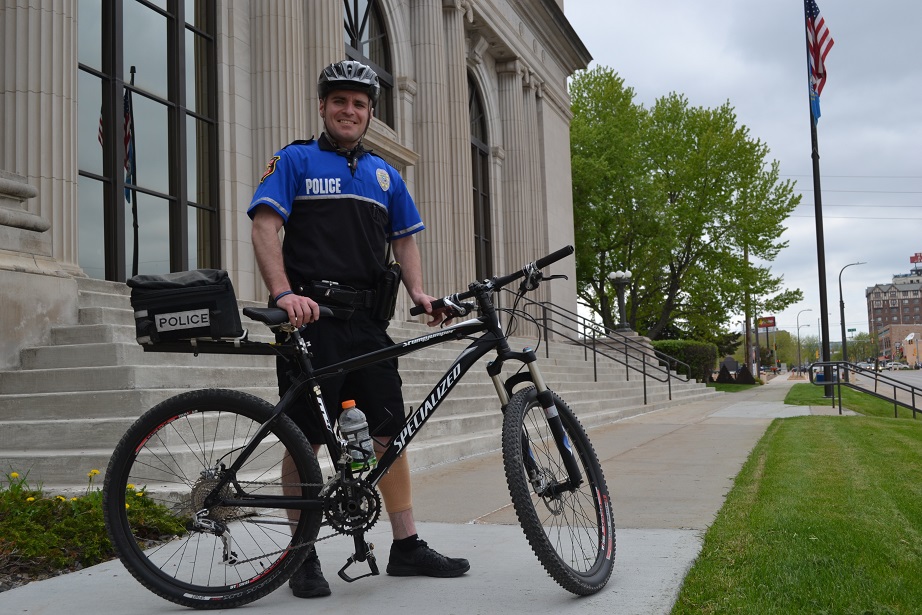 The Street Crimes Unit was implemented in 2010 to address violent crime in certain areas of the city. The unit began working downtown and around the bike path, and expanded in 2012 to include North Rapid City. The unit is made up of patrol officers who work under the direction and supervision of a police sergeant, focusing on proactive policing and supporting patrol.
The unit takes a proactive approach in fighting and deterring crime and apprehending criminals. The Street Crimes unit uses systematic problem solving to address quality of life issues, making Rapid City a safer place for citizens and visitors.
The Street Crimes Unit officers can be found patrolling the community in cars, on foot, and on bicycles, in fair or foul weather, day and night. These officers specialize in building partnerships in the community, in the interest of public safety.
Tweet
Published in Field Services
More in this category: « K-9 Unit Special Response Team »
back to top